The weird running man also known as or known to also call himself as or hereforewith referenced to as mr or mrs ScaryDuck has released his latest provision for those annoying trapped-on-a-desolate-island or sick-inna-hedge situations: SAMUEL PEPYS: LUST FOR GLORY 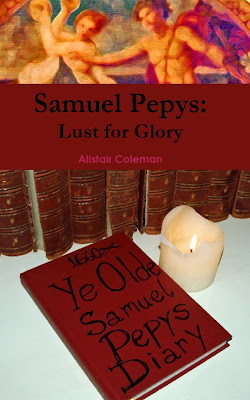 He recently got a new webdesign, and I told him: I like your new design.
But I lied.

That has nothing to do with this book, however, which is 100% approved. Like the others. I would like a paperback of THE BIG BOOK OF CONDENSED MOVIES though.

The book can be bought from a mythical female warrior or a French prostitute, if you like.

One thought on “ScaryDuck goes to print: Samuel Pepys: Lust for Glory”