It has been a long time since Richard Nixon was the first man of the United States of America. That’s good. He was a sob, like the rest of his staff. The Watergate scandal made sure he’d never be associated with honesty and honor ever again. This, however, would prolly not have happened if it hadn’t been for 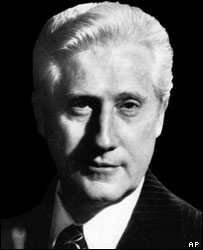 the Washington Post’s top-secret FBI source, mr. Mark Felt (now aged 91). I’m sure we can all agree that it’s a good thing he has now come forward, to receive his honors and the public applause, but with all due respect… Deep Throat?

Sounds like a bad-ass porn actress.. performing various, undescribed, oral tasks.. you know.. I mean, if I were to topple a president some time in my life, I’d never call myself something as sexual as Deep Throat. That’d be like calling yourself "the Nipple" or something. And when you finally come forward, there’s the NY Times front-cover saying: The Nipple Exposed! .. not exactly something to put up above the fireplace.
I can go along with Agent Triple-X, for a female, but for me – no. I’d have to be Notorious Nose or something that would make people ponder. Deep Throat makes people blush. But that aside, I’m very grateful for the work mr. Felt did, in the spirit of free information and true democracy. Let’s hope someone takes down mr. George Bush soon. Someone with a better codename.