Hawking was and still is a great personal inspiration to me. Whenever I saw him in a documentary or on TV, or just heard his enigmatic voice, I would feel that the dream is not dead. Rest in peace.

Hawking was a brilliant scientist, and he also gave us a warning. It is crucial to our survival as a species that we don’t remain on this one planet alone. If history, art, philosophy, music, beer and cheese burgers are to survive in the cold nothingness of space, we must back up our spiritual heritage onto several galactic locations. Otherwise, everything could be accidentally deleted in an instance, by our own doing, by a global catastrophe or a rouge piece of rock and ice.

The lack of updates on this place is a disgrace. God damn.

But I can’t procrastinate right now. Be back later!

Today it’s Daylight Saving Time adjustment day in Norway yay! Set it back one hour. These guys got it:

Bollicks to this, we’re off to Nordland!

It’s that time of year again, when we lay down our worries, undervolt our ghetto Bitcoin miners, climb into the VW Golf and head up north. This year, no different than last year, I will be writing on my MA thesis. It should have been finished a long time ago, and while I feel that I’m closing in on the 80% mark, I’m glad I was able to extend my writing term by one semester. I will also be looking at finishing up version 2.0 of Back in a minute which is quite a few months overdue now.

The weather here in Oslo is great at the moment. Sunny, dry, warm. Where we’re headed, on the other hand, it’s 10°C, cloudy and rain. Snow still in the mountains.. *sigh* We will be bringing our Game of Thrones collection with us, to continue the annual summer GoT marathon under the blood red midnight sun.

While we both enjoy the freedom of the asphalt life, this is also a holiday that serves our budget. I’m 100% not-working and 45% not-writing, so the quite pregnant Lady C is both breadwinner and making me her bitch, even at a current 50% employment due to her condition. I’ll be sure to do as she says though, that pimp hand mighty strong, otherwise she’ll be whoring me out at service stations for diesel and sandwiches.. But we’ll be alright up north, where there’s less stuff to spend money on and plenty of fish in the sea. Like, literally. Lady C wants us to put the boat out and live off the bounty of the fjords.

Thankfully, the selling point of mobile broadband (UMTS, HSDPA and LTE) in our mountainous country has been coverage, coverage, coverage; and today I discovered that there’s been a 4G LTE mast setup not far from our home in the north. Unfortunately, we don’t have any LTE equipment, but if they put up new masts I bet they upped the amp on 3G as well. Last year, for the first time in my testing, we had stable indoor 3G. It makes life so much more agreeable when I’m writing and just have to fact-check somethisigg3.netays ago I stopped using Reddit since it was taking over so much of my time and attention, so perhaps we’ll even stay below the cap this year.

I’ll be focusing on re-structuring some of my text for the MA thesis, ironing out logically sound definitions and reasoning, but most of all I will try to relax somewhat. The last month up until a meeting I had with my supervisor was really hard, as pollen allergies and thesis-depression made my head a grey and dull, cloudy place to be in. Having regular meetings with someone who can read and understand my text is a lifesaver in that regard. I am confident of how to proceed at the moment, and I have a pretty good overview of what needs to be done and how. If I can do what I’ve set out to do this summer, it will be awesome. We’re expecting sudden parenthood in September, so anything I can finish up before the arrival is most excellent.

I hope you’ll have a great vacation too and that, wherever you are, you enjoy life, beer and summer!

This is an automated message, so don’t think I’m taking time off from our brilliant BARCELONA adventure to write this, I got modern technology up in this biatch, posting me memes, keepin’ it cool.

You say Winter is coming? We say: Bring it on, let us just pack our bags first!

We dropped off the dog at C’s mum’s an hour ago, now we’re going to have a pizza, watch some TV, finish packing and get ready for our red-eyed flight tomorrow morning. Have a good one! 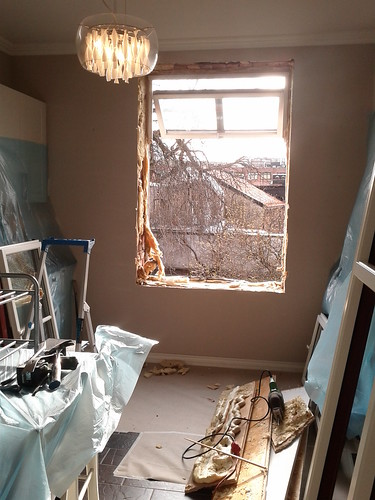 I think this photo captures the spirit of Christmas with some accuracy: Quite a bother and sort of involuntary, but nevertheless a little funny.

It’s the little guy’s birthday today! Typing on a cell so this will be short and sweet; Happy Birthday, Elvis! It’s hard to understand that we have had our Boston Terrier for two years. When I think of earlier days, it’s like he’s there with us.

He’s an annoying, little bastard; but just the same, full of love and joy. I’m visiting family in the west, and I miss his snoring already.